Get ready to hear your favorite showtunes, because JEMS Musical Theatre will soon be presenting Broadway JEMS! It is a review show featuring a variety of songs from hit shows such as Kiss Me Kate, Fiddler on the Roof, Annie, Wicked, Beauty and the Beast and The Sound of Music, to name a few.

"Broadway JEMS came about as the ideal way to bring theater back to the middle school," explaind director Ryan Sparkes. "The kids hadn’t performed for over a year, I hadn’t taught middle schoolers for over a year, so it left us at a loss for what show to perform. Normally I have an idea of the kids and their interests, which helps me choose shows. That’s hard to do when you don’t know the kids. So, we decided to take the “make-your-own-show” approach with songs from some of the greatest American musicals!"

Middle school students have been rehearsing since the end of September to present Broadway’s most memorable songs. Sparkes said some songs were chosen before students auditioned, and the rest were chosen based on how they sang. The end result is a variety of music from across nearly 70 years of musical theater history.

"It’s been a fun opportunity for the kids to get to know different shows that they hadn’t known before," added Sparkes. "Even more fun has been the chance to perform again. For some in our cast, it’s their first time ever. For others, they got to do it 2 years ago, then had to miss out on a year due to COVID-19. It’s wonderful having them back."

The production is directed by Ryan Sparkes with musical direction by Kristen Kasky. Kathryn Alanso-Bergevin is the technical director and Drew Deapo is the production coordinator.

You can watch the show in the Ramsdell Auditorium at 7 p.m. on Friday, November 5th or at 2 p.m. on Saturday, November 6th. There is a suggested donation of $6.00 for each ticket, but additional fees are charged by the ticketing company. Tickets can be purchased here. Masks must be worn at all times while in the school building. Tickets are automatically socially distanced to keep our guests safe. 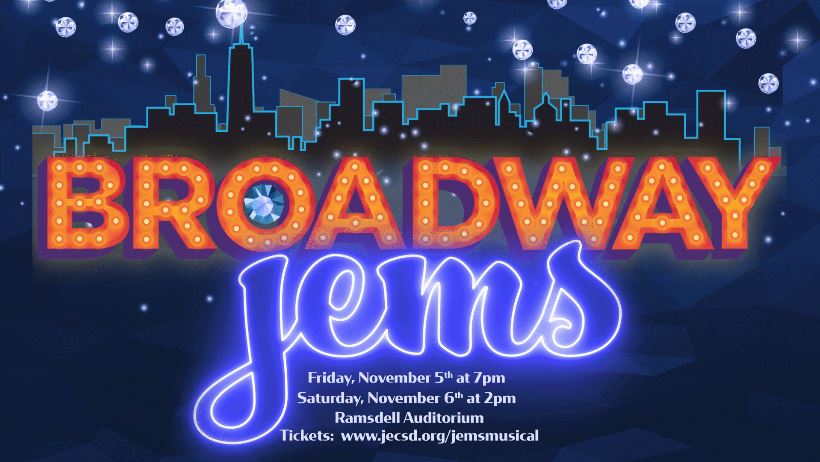