Do you know a former Jordan-Elbridge graduate who really distinguished himself/herself on the athletic fields at JE? Here is the opportunity to nominate your favorite Jordan-Elbridge athlete or coach for induction into the J-E Athletic Hall of Fame. The Hall of Fame has recognized over twenty five individuals from the past fifty years for their athletic achievements and contributions to the athletic program. 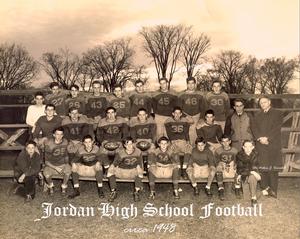 To be eligible, a candidate must: There are 3 different categories for nomination: TWO WAYS TO NOMINATE!  Both due by JANUARY 1, 2022!